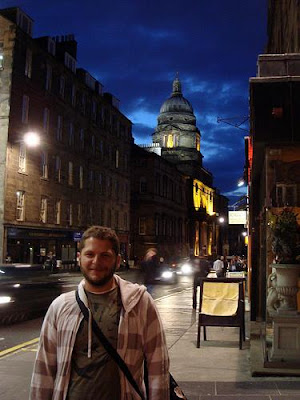 Here's a nice photo of me that Carolyn Castiglia took. Her show is at the same time as mine so we'll never see each other's shows. Boo. 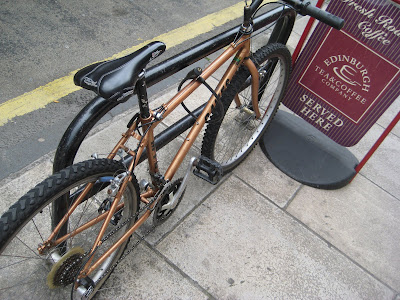 Meet Pony Boy, my bicycle. I bought Pony Boy on day two off of Gumtree (the UK's craigslist) from a Polish Rastafarian and his wife and baby. They were very sweet and the dude offered to buy it back from me at the end of the festival. The chain keeps coming off, but for the most part, Pony Boy is getting me around this hilly city all right. I hear that bikes get stolen a lot. But I don't think anybody's gonna "nick" him, because he is a piece of shit that I bought off a Polish Rastafarian. Every time I park him, I say, "Stay gold, Pony Boy."

Here are a couple of pictures of my venue, featuring the outside patio, barman/waiter Nick, and the cozy performance space downstairs. 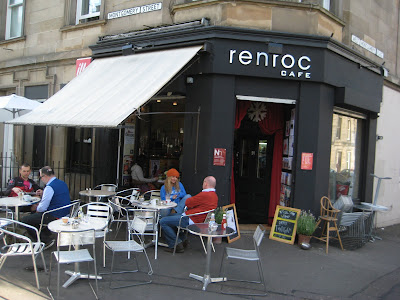 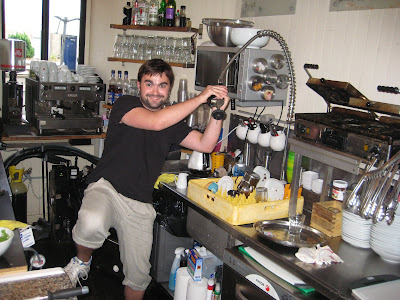 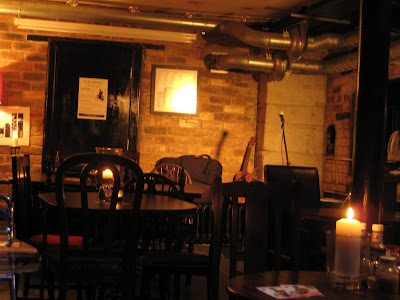 Posted by itsrainingben at 4:05 AM